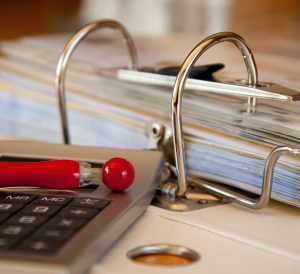 On Dec. 2, the Federal Council launched the consultation procedure on the reform that aims to introduce an “individual taxation” of every taxpayer, even if married. The consultation will end on March 16, 2023.

The legislative process was initiated by the Federal Council as a counterproposal to the popular initiative “For Individual Taxation Regardless of Marital Status (Fair Tax Initiative)” promoted in March 2021 by the Verein Individualbesteuerung Schweiz, an association for individual taxation.

The reform has several goals. First, it aims to eliminate the existing unequal treatment between married and unmarried taxpayers (so-called “marriage penalty”). Specifically, all taxpayers would be charged with the same rate, and spouses would be taxed separately (same as unmarried people).

The Federal Council plans to work on two variants: 1) increase as much as possible the incentives to engage in gainful activity couples in which the partner either does not work or earns a low income; 2) provides for married couples with a single income a compensation about the direct federal tax to reduce the burden caused by tax progressivity.

With the adoption of individual taxation, taxes according to expenditure will also be based solely on the examination of each spouse’s personal situation. Under current law, in fact, spouses must both meet all the conditions to be eligible for the special regime. As a result, for example, one spouse without Swiss citizenship will be able to be taxed according to the dispensation, while the other spouse who is a Swiss citizen will be subject to taxation in the ordinary way.

If both spouses meet the conditions, with the transition to individual taxation for each spouse the minimum taxable amount of CHF 400,000 will apply, which may lead to an increased tax burden.

For withholding tax purposes there will also be repercussions. In fact, under current law if a spouse works and lives in Switzerland for less than 5 years and is married to a Swiss citizen taxpayer or in receipt of a settlement permit (C permit), this person  cannot be taxed at source as the couple is taxed jointly under the ordinary procedure. Under the individual taxation system, the spouse will instead be taxed at source. Employers will then be required to re-examine the personal situation of their employees.

In his explanatory report, the Federal Council also wanted to elaborate economic and fiscal consequences of this bill. Very positive effects are expected on employment front, as married people earning a secondary income will have greater incentives to work more. More specifically, an increase of up to 47,000 full-time jobs is estimated when fully operational.

Regarding direct federal tax, lower revenues of 1 billion francs are expected. Of this amount, about 80 percent will be borne by the federal government (thus 800 million) and the remaining 20 percent by the cantons.

In contrast, the impact on cantonal taxes is still uncertain and under evaluation.