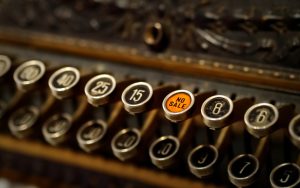 Swiss citizens, called last September 25 to vote on four federal topics, decided to approve two substantial changes affecting the OASI (“AVS”). In addition to choosing an increase in the retirement age for women from 64 to 65 – thereby equalizing it with that of men – it was approved the federal decree to increase the Value Added Tax. The purpose is an additional financing of OASI, Old Age and Survivors Insurance funds.

The approvals amounted to 55 percent of the votes. A double majority of the people and cantons was needed, since it was a constitutional amendment. Only five cantons, all French-speaking (Vaud, Fribourg, Neuchâtel, Jura and Geneva), opposed the resolution.

The standard rate will increase by 0.4 percent, from the current 7.7 to 8.1 percent. In contrast, the reduced rate will rise only off 0.1 percent, hence going from 2.5 to 2.6 percent. Similarly, the special one for services in the hotel sector will rise from 3.7 to 3.8 percent.

The increases are scheduled to take effect on January 1, 2024. The Federal Council is expected to rule on the matter in December.

Citizens called to vote on 4 federal topics (in addition to the two referendums on “OASI 21” there was also the question on intensive livestock farming) also rejected the partial abolition of the withholding tax on interest on Swiss bonds issued from January 1, 2023.